Podcasting on the go... 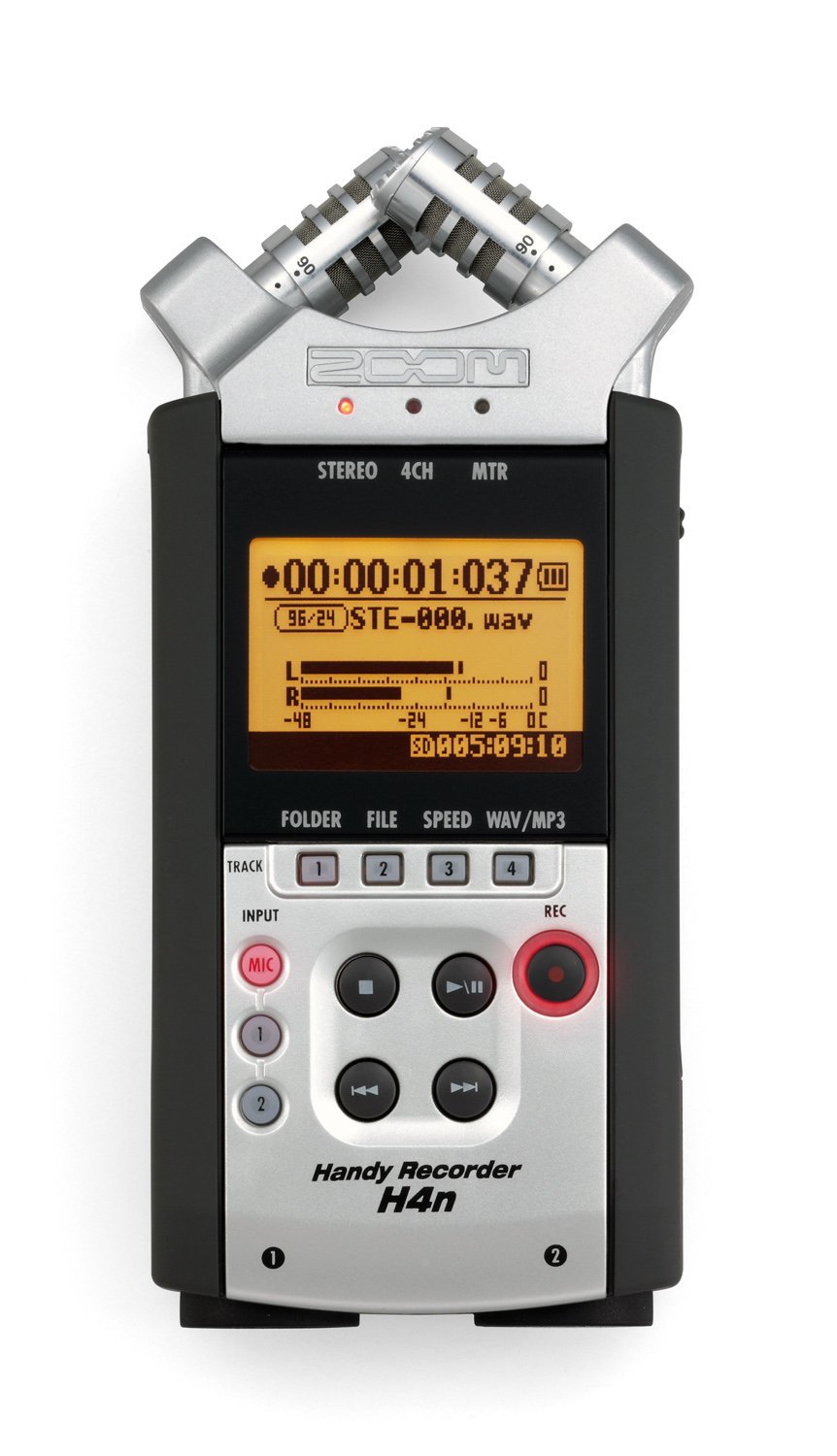 A few people have asked me what I use to record the podcast so I thought I'd share that here. I suspect there is a lot of options out there that would do as well (and many better) - this just worked for me as a newbie to podcasting and audio editing! It's also based on a work-flow of doing as much as possible 'out in the field' - I've tried to come up with a really portable solution that I can fly with easily and carry around all day if needed.

All of the said equipment and tooling is likely way more powerful than I need, and allows me to shoot myself in the foot on a regular basis. It's just like programming in Scala. That said, 15 or so interviews in, it's a setup that's working well for me.

I use a Zoom H4n, which is pretty great. The main downside is that it takes an age to boot up. Aside from that it can capture sound from multiple inputs (see below), makes the recording process itself super simple, and is pretty compact. It also has it's own on-board microphones which I've used in other situations, but not for these interviews. It's capable of recording multiple tracks at up to 24 bits, allowing me to mix individual tracks separately (e.g. me and the interviewee), and the high quality level gives me more room to play with if I need to clean up audio.

Why use a portable field recorder? The alternative is attaching microphones to my computer, which while doable takes longer to setup and is significantly more bulky.

If I was buying a recorder now I'd get the H5 which can be had for only a small amount more but has new pre-amps, a pluggable microphone setup and much better physical UI.

I've gone for a couple of Audio Technica ATR3350 lavalier microphones, which are stupidly cheap for how good they are. They do have a few downsides though. Firstly, they use an external battery pack that has no light to show when it's turned on (meaning I've forgotten to turn them off more than once). Secondly, they have no low battery indicator, meaning you're always worried that they will just fail mid-recording session. Finally, the cable they come with is crazy long. For the price, it's hard to do better though!

Arguably, these are the weak link in the chain, primarily because of the lack of XLR connectors and need for external power.

Wiring It All Up

The Zoom has two ways of taking audio input. Either a stereo 3.5mm line in, or one of two mono XLR jacks. The problem is that I have two microphones with 3.5mm connectors. So how do I make that work? I connect one to the 3.5mm line in, and use a Rode converter to plug the 3.5mm microphone into one of the XLR jack. Then when recording I have one track for me, one for the interviewee.

Normally, I connect the interviewee's microphone to the stereo input - I lose a lot going via the XLR converter so I have to up the recording levels for that microphone - this results in a noisier recording than I would like, but it works. The idea is that if I have substandard audio it should be mine, as you'll be hearing my voice the least!

The Zoom is capable of powering microphones via the XLR connectors (called Phantom power). With the right microphones this means you don't need any external power source, making for a more compact recording rig. XLR microphones tend to be more expensive though, although with that normally comes higher quality too. It's worth noting that I explicitly turn phantom power off when plugging my current microphones in as I want to avoid frying the audio technicas - they aren't designed to take any power other than their attached battery pack!

I take the individual tracks from the Zoom, and mix them into the final product using Adobe Audition. Having separate tracks is surprisingly useful in doing the very minor amount of audio cleanup I do. I mostly leave the background noises - I'll just duck out the odd loud noise, but want to leave things mostly 'normal' sounding. I upload to SoundCloud which in turn powers the iTunes feed. I have a template I reuse so this is pretty quick - that said I'd imagine I spend around an hour per 30min episode editing everything together and recording intros and outros.